For International Women’s Day 2022, I’ve chosen to share the story of one of my favourite inspirations in design and art: Pamela Colman Smith – known to many as Pixie.

With International Women’s Day in mind and being proud of being part of an all-female team at mmunic, I’d like to talk to you about one of my female inspirations – a little-known artist from the early 20th century. She was a feminist, artist, poet, folklorist, illustrator, editor, publisher, stage designer and suffragette (Phew!).

You probably won’t recognise her name, but I’m sure you’ll recognise some of her artwork, or you will have interacted with it. That’s because – among many other notable and memorable projects – she was the remarkable woman behind the art and illustrations of the Rider-Waite tarot cards. That woman was Pamela Colman Smith (AKA Pixie).

But wait, what are Rider-Waite Tarot Cards?

Rider-Waite is the standard classic tarot deck – the very one that’s featured in every television programme and film that has a fortune telling or mystic tarot scene. It’s also a very familiar deck to me personally, as my late mother was a very talented tarot card reader. Growing up, our house was always stacked with books about tarot, history, astrology, divination and was filled with many, many plants for the benefits they offered.

As for the tarot card deck itself, when I was a child I couldn’t help but be curious about and endlessly fascinated by those 78 vibrant, colourful, exquisitely illustrated cards. My mother had hers wrapped in a silk scarf and stored in a beautifully carved wooden box. Each card displayed archetypal symbolism and all told a magnificent and complex story that seems to reveal something different each time you viewed them.

Who was Pamela Colman Smith?

Pamela – also known as Pixie – was born in 1878 in London to a Jamaican mother and a white American father. She moved between the UK, America and Jamaica before she studied to be an artist at the experimental, avant-garde Pratt Institute in Brooklyn. Sadly though, her mother died and she left New York without a degree. It’s also reported that Pixie too became very ill, which is supposedly why she moved back to the UK and became an illustrator.

Even notwithstanding her design of the Rider-Waite tarot cards, Pixie had a significant career as an illustrator – providing artwork for famous authors and poets such as WB Yeats and Bram Stoker. A keen writer herself, she also wrote and published several books (including an illustrated collection of Jamaican folk tales, Anancy, which is still published today) and started her own magazine.

She was also an avid supporter and active contributor to the work of women’s suffrage, also creating poster and cartoon artwork to the movement as a member of the Suffrage Atelier, a group of political artists.

Pixie’s career propping up other artists

In 1901, Pixie joined the Hermetic Order of the Golden Dawn – a British occult society – where she met Arthur Edward Waite. This was with whom she co-created the Rider-Waite tarot deck.  The way she illustrated this new tarot was groundbreaking and changed the way many people saw tarot at the time, bringing it into popular culture as part of the Victorian fascination with the occult and supernatural. Of course, the impact her designs have had have long endured past their initial creation – the designs she created are still broadly speaking the ones we use today.

The deck was published first by Rider and Son in 1909, costing six shillings. But just take a minute to consider the name of the deck itself in: The Rider-Waite Tarot Deck. Can you see any reference to Pamela Colman Smith?  No nor me.

Pixie finished a deck of 80 cards in six months and – in her words (as taken from a letter to a friend) – ‘for very little cash’. I’m sure Arthur Edward Waite and the publisher Rider and Son enjoyed a very comfortable life from her contributions.

In 1907, she approached photographer Alfred Stieglitz to exhibit a collection of her paintings and drawings in his Little Galleries of the Photo-Secession. Stieglitz’ galleries had only ever exhibited photography before, but he thought exhibiting such work could help illuminate photography’s “possibilities and limitations,” so he agreed. When the show opened in late 1907, it was the most popular exhibit in the gallery’s two-year history and all of Pixie’s work was sold out. Stieglitz showed her work again and again, then took it upon himself to photograph Pixie’s work by himself, creating a portfolio of platinum prints he sold commercially but without credit or royalty to Pixie. Needless to say, Stieglitz became a very rich man. Can you see a pattern starting to emerge?

As an artist and designer, Pixie’s story sticks with me.

Pixie was a woman with such prolific talent, passion and drive, yet she received very little back in life by way of fame, success, financial benefits or just generally a ‘good life’. Why was this woman underpaid, undervalued, taken advantage of and died penniless? She’s even said to be buried in an unmarked grave somewhere in St. Michael’s Cemetery in Bude, Cornwall – said to be, because no record exists today of her grave.

The occupation listed on her death certificate reads “Spinster of Independent Means.” Though just ten years earlier she had been recognized by the Royal Society for the Encouragement of Arts, Manufactures & Commerce. When she died in 1951, she was not listed as an artist and was making a pittance running a holiday home for Catholic priests. She was living in Cornwall in a house she inherited from her uncle.

As a wonderfully talented eccentric artist, who had such a wide array of skills and magically changed the face of divination, by  illustrating the world’s first “mass market” tarot deck, Pamela Colman Smith should have  been a household name back then, having  received royalties and enjoyed a comfortable life.

Instead she made at least three men very rich and famous whilst she accumulated debts struggling to find publishers for her ongoing illustration and written works – to little avail.

If Pixie had been around a few decades later, maybe she would have had an agent, been paid well and been given the recognition she deserves. Maybe we’d see her face in magazines as an emerging artist to watch out for, or perhaps we would have spotted her in tabloids hanging out with David Bowie or Tracy Emin. Who knows?

Instead, the Rider-Waite tarot card deck remains her primary legacy – albeit still a hidden one, as even the copyright for the artwork was tied to Waite – expiring in 2012, which was 70 years after his death. Thankfully, one small change for the better in remembering Pixie’s life and art is that the deck is now gradually becoming known as the Waite-Smith, or the Rider-Waite-Smith tarot deck.

In today’s world, we’ve come a long way and  women are now recognised legally as equals in most countries. Although we are still fighting against hidden bias everywhere, we are Prime Ministers, scientists, astronauts, Doctors and much much more. We are named artists and writers, credited at long last.

mmunic is a successful Digital Marketing Agency run by an all female team. We are a team of Website Developers, Email Marketing Specialists, Designers and Digital Marketing Specialists and I’m proud to be part of that team and very grateful that we never encountered any of what Pamela Colman Smith had to endure in her life.  We’d love to hear your stories about who your little known female inspiration is and why you think she deserves to be in our hall of fame. It could be your mum, a past or present co-worker or just someone you admire for being strong. Simply tweet us to celebrate your inspirational woman with us. 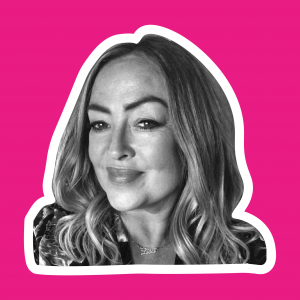 Graphic Designer, Digital Designer and Email Marketing Specialist at mmunic. Get in touch to find out how to pronounce our company name.

More from the mmunic team 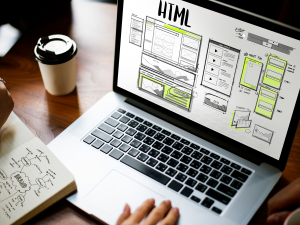 We take you through the best website design ideas from 5 businesses who have nailed their websites. 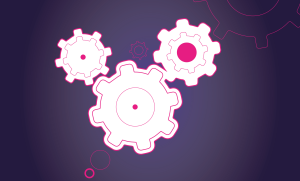 Email Marketing Automation for beginners, with no tech talk, jargon or acronyms

Your introduction to email marketing automation in a way that we promise won’t make you fall asleep. 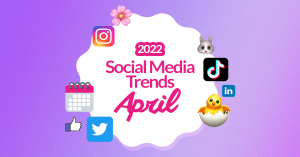 April Social Media Trends to watch out for

We take you through our top social media trends to be aware of in the month of April. Make the most of the Easter Holidays and spring shopping habits with our tips.

Take us for a test drive

This website uses cookies to improve your experience while you navigate through the website. Out of these, the cookies that are categorized as necessary are stored on your browser as they are essential for the working of basic functionalities of the website. We also use third-party cookies that help us analyze and understand how you use this website. These cookies will be stored in your browser only with your consent. You also have the option to opt-out of these cookies. But opting out of some of these cookies may affect your browsing experience.
Necessary Always Enabled
Necessary cookies are absolutely essential for the website to function properly. This category only includes cookies that ensures basic functionalities and security features of the website. These cookies do not store any personal information.
Non-necessary
Any cookies that may not be particularly necessary for the website to function and is used specifically to collect user personal data via analytics, ads, other embedded contents are termed as non-necessary cookies. It is mandatory to procure user consent prior to running these cookies on your website.
SAVE & ACCEPT

Get a personalised, 45-minute walkthrough of mmunicMail from the comfort of your own desk, at a time to suit you.